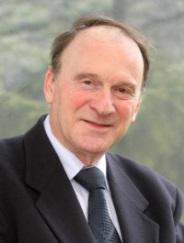 This paper represented an important step forward in a project on which I have been working for decades: finding proper connections between the physical and the chemical ways of describing molecular systems. In fact, for a physicist a molecule represents a system of particles — nuclei and electrons. Accordingly, quantum chemistry deals with calculating better and better approximations to the solutions of the Schrödinger equation describing the behavior of these particles and calculating on this basis different properties (structures, spectra, reactivity) of larger and larger molecules. At the same time, a chemist considers molecules as consisting of atoms connected with chemical bonds, and systematizes an enormous amount of chemical knowledge without explicitly referring to the fact that each atoms, of course, consists of a nucleus and some number of electrons.

The overwhelming majority of references to the paper are related to the bond order indices introduced in it. These quantities are calculated from the actual wave function of the molecule, and may be put into a direct correspondence with the genuine chemical concept of the multiplicity of the individual chemical bonds. Although the numbers obtained are simple integers only in some special cases, their values are always close the the number of “valence bars” by which chemists used to connect the symbols of the atoms in a “structural chemical formula”. Thus these indices may represent an important conceptual link between the physical and chemical levels of describing molecules, discussed above. Also, the changes in their values reflect well those in the bond strengths taking place under different effects (changes of conformation, substitution etc.) This is the property making the bond order indices useful in actual applications of quantum chemical methods to practical chemical problems. As the calculation of the indices became an option for many standard quantum chemical software packages, they are utilized in more and more applied quantum chemical calculations and by now they may be considered as a standard tool of theoretical analysis. Many of the users are careful enough to refer to the original paper. This explains the rather unusual situation with the references to this paper: actually there are roughly as many references in a year as were together from the publication of the paper in 1983 to the end of the eighties — although by now there are also publications in which the indices are used without any reference or referring to them only by name.

The paper deals also with some mathematical aspects of calculating atomic charges and with the concept of valence of an atom in a molecule. In most cases the latter is the simple sum of the bond orders formed by the atom in question. It is always a number close to the classical valence of the atom in question. This is, of course, very reassuring — but the valence indices did not get such a wide use as the bond orders.

Finally it is to be noted that the definition of the bond order index did not appear “out of the blue” — it can be considered as an ab initio generalizations of Wiberg’s bond index which was introduced as early as in 1968 in the framework of the simplified (“semiempirical”) — quantum chemical theory called CNDO.