Many undesired side-effects or therapeutic failure of drugs are the results of differences or alterations of drug metabolism. Our team deals with interindividual differences in drug metabolism and elimination for more than 20 years. Our research activity focuses on the function and regulation of cytochrome P450 (CYP) enzymes, primarily involved in the metabolism of xenobiotics.

1. Genetic and non-genetic factors influencing the activity of CYP enzymes

Pharmacogenetic analysis of CYP enzymes involved in drug metabolism contributes to personalized drug therapy. Phenotypes of drug-metabolizing enzymes are primarily influenced by genetic polymorphisms (loss-of-function or gain-of-function mutations, copy number variations) resulting in decreased or increased enzyme activity or complete loss of enzyme function. However, non-genetic factors (e.g. age, sex, enzyme inhibition and induction caused by drug interactions as well as diseases) can transiently decrease or increase metabolic activity leading to the phenotype different from that predicted from genotype. This phenoconversion can substantially modify the genotype based estimation of the activities of drug-metabolizing enzymes. 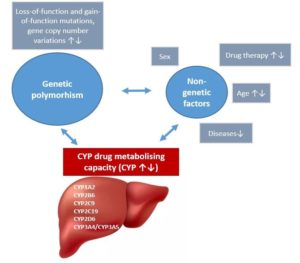 Role of genetic and non-genetic factors in the development of individual drug metabolism capacity.

The effects of clinically relevant polymorphic CYP allele-variants were investigated using liver tissues of human organ donors. Gene specific and accurate methods for genotyping and haplotype determination are crucial in estimation of the impact of polymorphic CYP alleles that required development of PCR-based methods for identification of CYP1A2, CYP2B6 and CYP2D6 variants. Besides genetic polymorphisms, several non-genetic factors including sex, drug therapies, chronic alcohol consumption were proved to significantly alter the phenotype predicted from CYP genotypes, for example in case of CYP2B6, CYP2C9, CYP2C19, CYP2D6 enzymes. 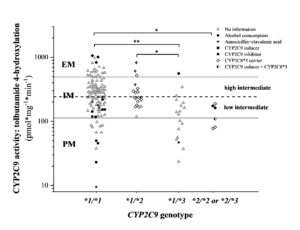 Modelling of cross-talk between sterol homeostasis and drug metabolism

The natural changes in hormonal status, or therapeutic steroids can cause substantial alteration in CYP gene expression and in CYP enzyme protein levels. The cross-talk between drug-metabolizing CYP enzymes and steroids such as dehydroepiandrosterone (DHEA), dexamethasone and cholesterol is investigated. 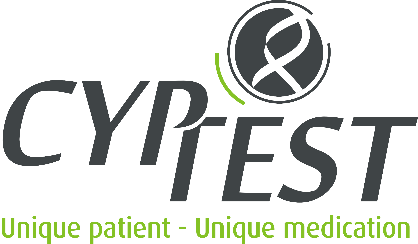 CYPtestTM, the multi-step diagnostic system for the estimation of patients’ drug-metabolizing capacity, identifies defective CYP alleles by DNA analysis (CYP-genotyping) and provides information about the current expression of key drug-metabolizing CYP enzymes by CYP-phenotyping. CYPtestTM has been introduced for patients who are on multi-drug therapy or for those who particularly benefit from tailored medication by increasing drug efficacy and by significantly decreasing the risk of the toxicity. The main focus is on the patients’ reduced or even extensive drug-metabolizing capacity (transplant recipients, psychiatric and neurologic patients as well as in patients suffering from liver dysfunction and cardiovascular diseases) which may potentially lead to therapeutic failure and severe adverse drug reactions. By recognizing poor or extensive drug metabolism, tailored medication adjusted to the patients’ drug-metabolizing capacity (by the optimization of the most appropriate drug and dosage) can minimize harmful side effects and ensure a more rational drug therapy and a more successful outcome.

Systematic evaluation of the role of drug-metabolizing CYP enzymes in the metabolism of the antipsychotics, mood-stabilizers and antiepileptics frequently applied in treatment of psychiatric and neurologic patients as well as of immunosuppressant drugs, the main components of transplant patients’ therapy. The contribution of CYP polymorphisms (genetic and non-genetic variations) to inter-individual differences in the efficacy and toxicity of these drugs are estimated.

2.1. CYP3A-status, taking both CYP3A4 expression and CYP3A5 genotype into account, influences recipients’ calcineurin inhibitor therapy after transplantation. In liver transplant patients, CYP3A-status of the donor liver contributes to the recipient’s blood concentrations of ciclosporin and tacrolimus. It has been reported that patients transplanted with liver grafts from low or high expressers or with grafts carrying functional CYP3A5*1 allele required substantial modification of the initial calcineurin inhibitor dose. Donor livers’ CYP3A-status can better identify the risk of calcineurin inhibitor over- or underexposure, and may contribute to the avoidance of misdosing-induced graft injury in the early postoperative period.

A) Influence of the donors’ CYP3A status (CYP3A5 genotypes and CYP3A4 expression) on the blood concentrations of tacrolimus in liver transplant patients.
B) Dose requirements of recipients in the course of CYP3A status of the liver donors are presented. (Low, Normal, High: the levels of CYP3A4 expression; ns: not statistically significant) 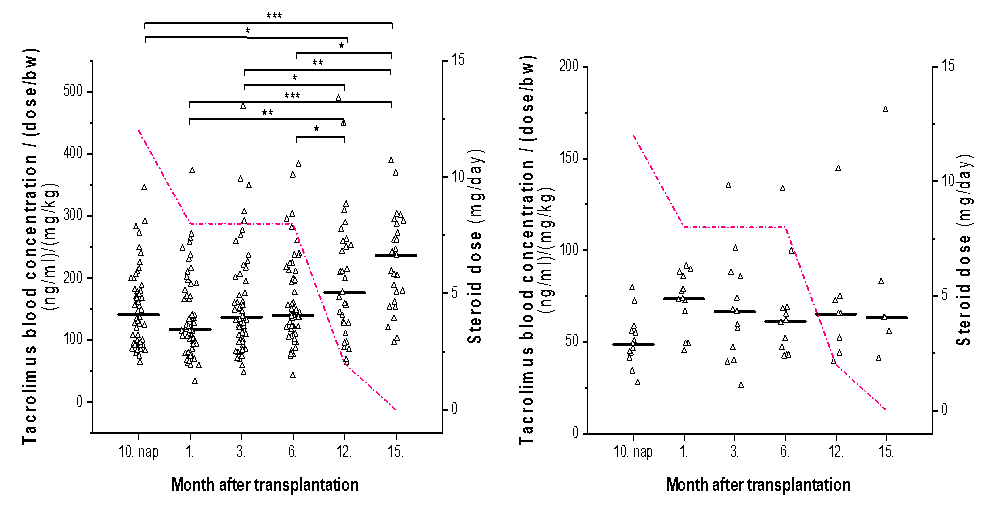 The dose-corrected tacrolimus blood concentrations in heart transplant recipients with CYP3A5*3/*3 genotype (A) and recipients carrying CYP3A5*1 allele (B) in a 15-month period after transplantation. The dotted line represents the daily dose of corticosteroid. *P<0.05, **P<0.001, ***P<0.0001

2.2.  The clinical consequences of decreased CYP2C9 function were investigated in epileptic children. It has been established that valproic acid, one of the first choices of antiepileptic drugs, is metabolized primarily by CYP2C9 in pediatric patients. Identification of loss-of-function mutations in CYP2C9 may lead to false prediction of a patient’s valproate metabolizing capacity, since CYP2C9 expression highly influences blood concentrations of valproate. 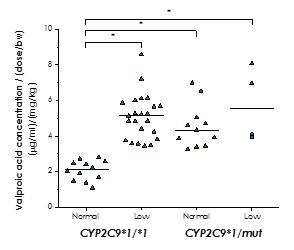 CYP2C9-guided (CYP2C9 genotype and CYP2C9 expression) treatment significantly reduced the ratio of patients out of the range of target valproate blood concentrations, the ratio of patients with abnormal serum alkaline phosphatase levels and the incidence of serious side effects, notably hyperammonemia.

2.3.   The incidence of adverse reactions in the anticonvulsant clonazepam therapy is highly attributed to the inter-individual variability in clonazepam metabolism by CYP3A and NAT2 (N-acetyl transferase 2) enzymes. The patients’ CYP3A4 expression was found to be the major determinant of clonazepam plasma concentrations; whereas CYP3A5 genotype and NAT2 acetylator phenotype did not influence the steady state levels of clonazepam.

However, the normal CYP3A4 expression and slow NAT2 acetylation phenotype evoking high plasma concentration ratio of 7-amino-clonazepam and clonazepam, may account for low efficacy or withdrawal symptoms of clonazepam. Prospective assaying of CYP3A4 expression and NAT2 acetylation phenotype can better identify the patients with higher risk of adverse reactions and can facilitate the improvement of personalized clonazepam therapy and withdrawal regimen.

2.4.   The atypical antipsychotic clozapine is effective in treatment-resistant schizophrenia; however, the success or failure of clozapine therapy is substantially affected by the variables that impact the clozapine blood concentration. CYP3A4 expression was found to be the major determinant of normalized clozapine concentration, particularly in patients expressing CYP1A2 at relatively low level. The functional CYP3A5*1 allele seemed to influence clozapine concentrations in those patients who expressed CYP3A4 at low levels. Strong association was observed between the metabolite/clozapine ratios and CYP3A4 mRNA levels, which confirmed the primary role of CYP3A4 in clozapine metabolism.

3. Development of in vitro models

Various in vitro models have been developed for in vitro testing of drugs that are useful in pharmacological, pharmacokinetic, and toxicity studies. 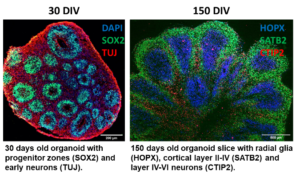 Aging societies face new challenges, one of the most serious being the increasing incidence of cancer and neurodegenerative diseases. In order to successfully combat these diseases, researchers are working to map the human body as accurately as possible when developing model systems. In the case of the brain, cerebral organoids are able to do this, properly reproducing not only the cell types that make up the cortical plate, but also their structural arrangement. From these organoids, slice cultures are created that can be sustained for up to one year when grown at the air-liquid interface. Thus, mature neuronal and glia cell types can develop that allow the study of specific pathological changes in neurodegenerative diseases such as amyotrophic lateral sclerosis with frontotemporal dementia (ALS / FTD) and screening of drug molecules that can potentialy prevent or slow down the disease (Szebényi et al., 2021). 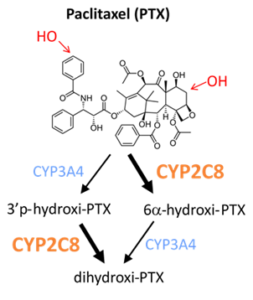 The research group in collaboration with National Korányi Institute of Pulmonology and Drug Resistance Research Group investigates the role of pharmacokinetic variability in drug resistance that highly impact clinical outcome of cancer therapy. The major aim is to adapt and further develop in vitro modell systems to reveal resistance mechanisms against the anticancer agent paclitaxel (adenocarcinoma cell lines overexpressing CYPs).

3.3. Development of biomarkers for toxicological and safety studies

One of the main goals of the research team’s work is to identify extracellular microRNA-based biomarkers that are able to detect organ-specific damage earlier than conventional methods. miRNAs are RNA molecules that do not encode a protein but can bind to the 3 ‘untranslated region of mRNAs and inhibit its transcription as well as induce its degradation. A functionally determined proportion of miRNAs are found in extracellular vesicles. Validation of novel biomarker candidates is performed in vitro in  rat cell model and in vivo in laboratory animal model.

Ex vivo immunostimulation model has been developed using peripheral blood mononuclear cells to characterize immunosuppressive agents on the basis of their inhibitory effects on the expression of pro-inflammatory cytokines. The model is to be used to assaying the efficacy of immunosuppressive therapy after organ transplantation and the immunological background of acute rejection events.

Tamási V, Vereczkey L, Falus A, Monostory K: Some aspects of interindividual variations in the metabolism of xenobiotics. Inflammation Research 52:322-333, 2003 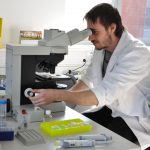 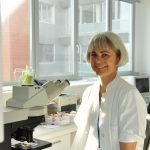 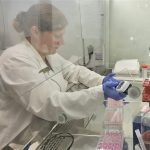 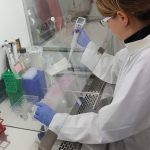 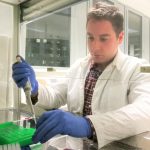 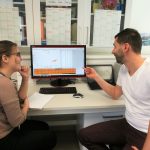 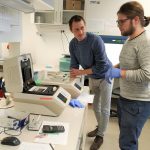 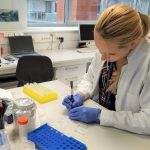