DNA lesions arise continuously due to the damaging effects of endogenous or environmental agents. Though living cells are equipped with DNA repair mechanisms, in proliferating cells some of the lesions are inevitably encountered during DNA replication. Stalled replication can lead to incompletely duplicated chromosomes, cell cycle arrest and cell death. Therefore several mechanisms exist that enable the replication machinery to bypass sites of damaged DNA. Successful bypass of lesions allows the cell to survive, but it is the main generator of mutations. Mutagenesis in somatic cells is the main underlying cause of tumorigenesis, and genomic instability is one of the hallmarks of cancer. Our group investigates the mechanisms and consequences of the replication of damaged DNA, and the relevance of mutagenic processes to cancer diagnosis and treatment. 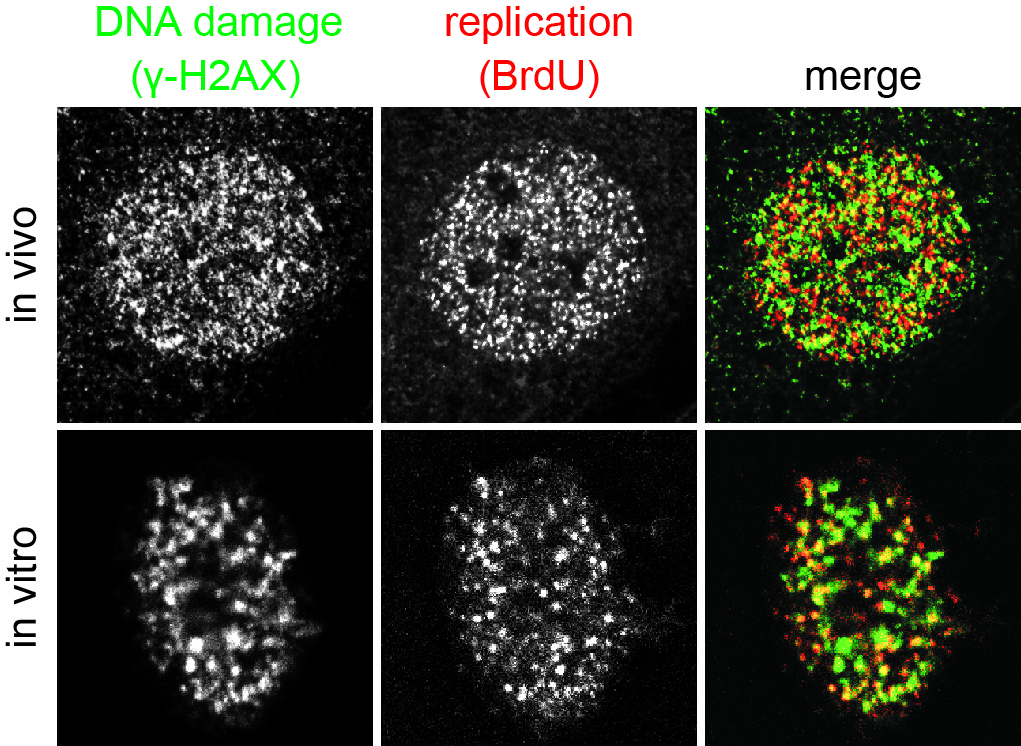 At least three distinct mechanisms exist to allow the bypass of lesions by stalled replication forks. Translesion sythesis utilises specialised DNA polymerases to copy the damaged template, and is prone to introducing mutations into the new DNA strand. In contrast, the processes of template switching and homologous recombination both allow the avoidance of the lesion, using the daughter strand of the sister chromatid as an alternative template. We study the mechanisms that govern the choice of bypass pathway, thereby determining the type and frequency of genomic mutations generated by lesion bypass. 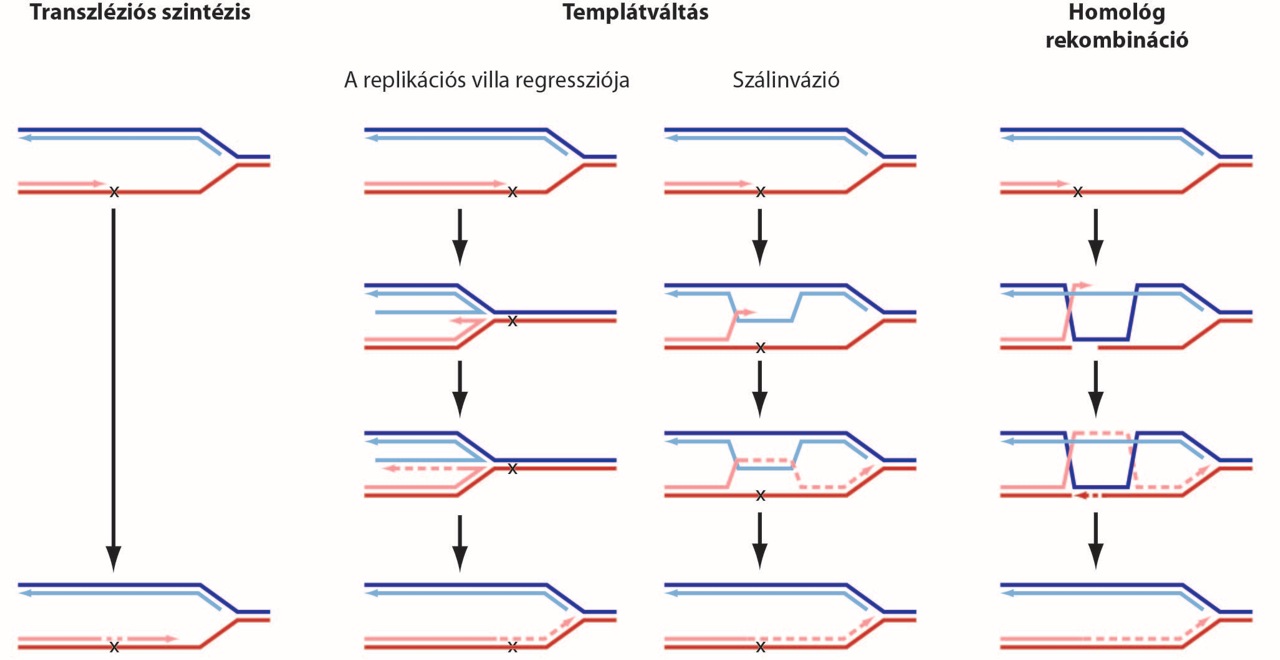 We use simplified tumour models based on genetically modified cell lines to investigate the causes and consequences of mutagenesis and genomic instability of tumour cells. We concentrate on the mutagenic consequences of impaired DNA repair, and potential mutagenesis due to chemotherapeutic treatments.

Part of our work makes use of knock-out and other mutant cells generated from the DT40 chicken cell line. The DT40 bursal lymphoma line is uniquely amenable to targeted genetic modifications amongst vertebrate cell culture systems. The use of  DT40 cells is well established in the field of DNA repair, and due to the high degree of conservation of most proteins involved in these processes the results are entirely relevant for understanding the equivalent processes in human cells. The rapidly dividing DT40 cells are especially useful for genetic studies of the replication of damaged DNA. We have sequenced and characterised the genome of the DT40 cell line, which is available for downloading or BLAST searches at http://dt40.enzim.ttk.mta.hu